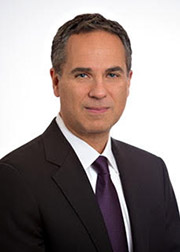 He has been listed as a "Massachusetts Super Lawyer" in health law by Boston Magazine and New England Super Lawyers for over the past ten years. Bill was also named in the 25th edition of The Best Lawyers in America in the practice area of Health Care Law. Bill has also been chosen as a 2022 Top Lawyer in Health Care Law by Boston Magazine. Best Lawyers® identifies the top 5 % of private practice attorneys nationwide, as determined by peer review.

Bill is also the author of several publications including, Managing Relationships with Industry A Physician’s Compliance Manual (Academic Press/Elsevier, 2008); Chapter on “Physicians” from the Massachusetts Health and Hospital Law Manual (MCLE 2008, updated 2017) and Making Sense of the Stark Law: Compliance for the Medical Practice, published by the Massachusetts Medical Society.

He has served as co-chair of the Boston Bar Association Health Law Section and is a frequent panelist and speaker in continuing education programs for the bar and other professions associations, including Massachusetts Medical Society, Yankee Dental Conference and Massachusetts Continuing Legal Education. He is a member of the American Health Lawyers Association. He has served on the adjunct faculty at Suffolk University Law School.

His volunteer associations include the Advisory Board of the Owen M. Kupferschmid Holocaust/Human Rights Project of Boston College Law School, and he is the President of the Eddie & Alyce Mandell Memorial Scholarship Fund, Inc., which awards annual college scholarships to deserving Boston Public School graduates. He currently serves on the national Board of UAspire, and has previously served on several other non-profit organization boards.

In his spare time Bill trains for and runs half marathons. So far, he has completed half marathons in 4 different states with more to come.

In May of 2022, Bill was named a 2022 Go To Lawyer in Health Law by the Massachusetts Lawyers Weekly: 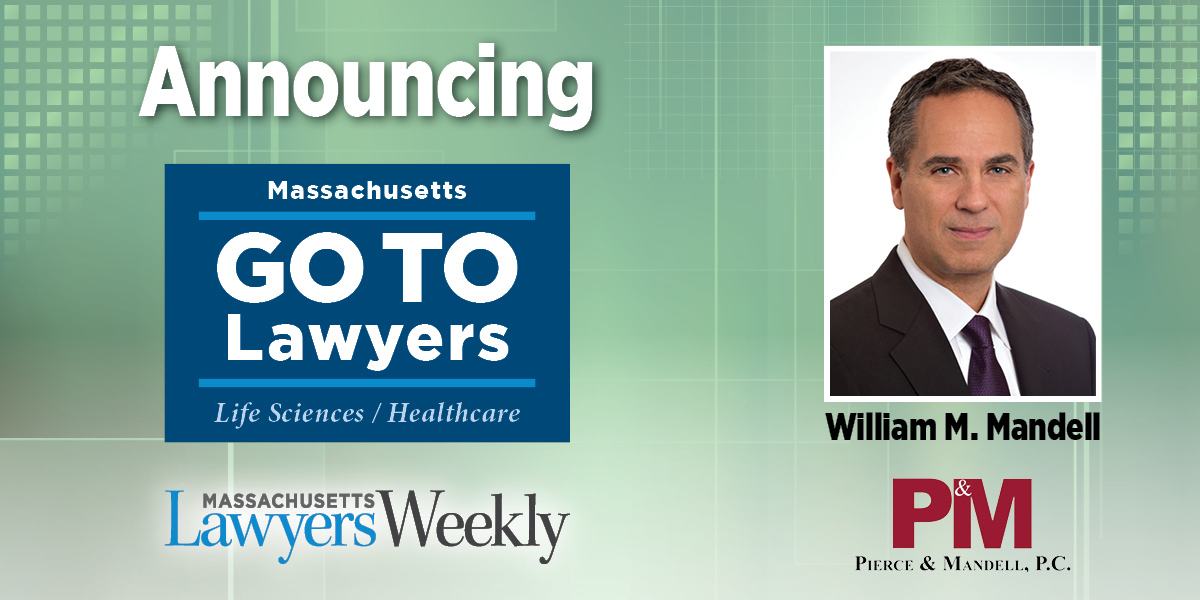 Legal and Compliance Issues and the Practice of Urology, Massachusetts Association of Practicing Urologists. November 3, 2021

Taking the Fear out of Buying or Selling a Dental Practice: Ask the Experts, Yankee Dental Congress, January 26, 2018

"Accountable Care Organizations: How They Work, Do They Work?" - Boston Bar Association’s seminar

"Massachusetts Passes Partial Repeal of The Pharmaceutical and Device Manufactures Code of Conduct - AKA 'The Gift Ban'" - Policy and Medicine, July 8, 2012

Managing Physician Industry Relationships: Massachusetts and Beyond in 2009 by William M. Mandell

Co-author of Making Sense Of The Stark Law: Compliance For The Medical Practice,
published by the Massachusetts Medical Society, 2005.

Physician Practice Compliance Plans: Are They a Must?, MassMedia, April, 2000.

Thank you for your request to e-mail William M. Mandell

Clicking on the link below acknowledges that you understand and agree with this notice.