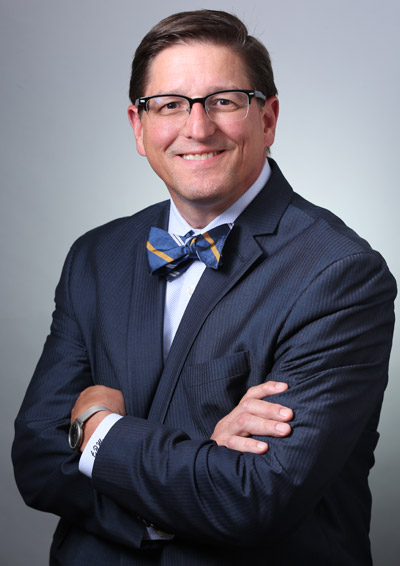 Petitions to Partition, often brought in the Land or Probate Courts, allow the division of land owned by two or more individuals. The right to partition is absolute, and does not require the consent of other co-owners. For an excellent overview of general partition principles and practice, see Jeff Angley’s primer entitled "Partition of Land".

The proposition that the “primary” method of partition is by division derives principally from historical cases involving homogenous parcels where an equitable result could be derived from simple subdivision. For example, in Mello v. Mello, 322 Mass. 69 (1947), the SJC noted:

Similarly, in Buckley v. Lombard, Land Court Misc. Case No. 306156, November 30, 2007 (Scheier, J.), the Court recognized that “division in kind, or on the land, is the favored method of partition,” Id. at 7), but only after the court determines “by a preponderance of the whole evidence that the land cannot be advantageously divided before ordering a sale.” Id. at 7, citing Delta Materials Corp. at 338 (further citations omitted). In Buckley, the Court expressly recognized that G.L. c. 241, § 311 (the statutory provision authorizing sale) must be read in conjunction with G.L. c. 241, § 142, “which further instructs the Court to consider whether the land may be divided or set-off to one co-tenant without ‘great inconvenience’ to the co-owners.”

What constitutes “inconvenience” or “disadvantage” has been addressed by several courts, with the inquiry focused squarely on conditions that create pecuniary inequities. For example, in Heald v. Kinnard, 180 Mass. 521, 523 (1902), the court struggled with the partition of a cranberry bog, which because of the particular way in which water flowed through the parcel, could not be divided such that each party would receive equal value. The Court observed:

In this case the advantageousness of the division was in part a question of market values, and from this point of view we are of opinion that the judge was warranted in considering the de facto condition of the premises.

Id. at 523. Although the Heald Court analyzed in depth the physical attributes of the land and the resulting options for division in kind, the key factor in determining “disadvantage” was whether division would result in a loss of value or money to a party:

The considerations which determine whether land can be divided advantageously no doubt have reference mainly to the physical conditions of the land to be divided, but the advantage or disadvantage generally must be pecuniary. Citing Vesper v. Farnsworth, 40 Wis. 357, 361, 362.

Similarly, in Clough v. Cromwell, 254 Mass. 132 (1925), a case involving parcels of land held by tenants in common on Martha’s Vineyard, the evidence established that the majority of value for the entire property was attributable to shooting privileges, and as a result the trial court found that the parties’ interests were best served by a sale of all of the land. The SJC affirmed, and relied on Heald for the proposition that the court had broad discretion to determine whether division would result in pecuniary disadvantage or monetary loss to any of the parties:

If a division by partition of the different parcels would cause great damage and loss to the owners, as the judge has found, we cannot say that he was not amply justified in ordering a sale of all of the lands, and a division of the proceeds in proper proportions.

Also instructive is the ruling Buckley v. Lombard, a Land Court case involving a partition petition for a small lot in Wellfleet, where the respondent urged division in kind to enable her to retain a right to access beach property. Citing Delta Materials Corp. and Clough v. Cromwell, Judge Scheier noted that G.L. c. 241, § 31 instructs the court to direct its inquiry “mainly to the physical conditions of the land to be divided, but the advantage or disadvantage must be pecuniary.” Id. at 9 citing Clough v. Cromwell at 332-33. The court next evaluated G.L. c. 241, § 31 in conjunction with § 14, which requires determination regarding whether division in kind could be accomplished without “great inconvenience,” and subsequently rejected the respondent’s “personal and subjective view of the value of locus” as “not the type of retained value that the partition statute contemplates.” Id.

As Buckley, Clough and Heald make clear, paramount in the Court’s analysis as to whether it can divide multiple parcels is the central determination of whether one party or another will suffer a loss of value or money as a result of a division. If such case, courts may conclude that the property cannot be “advantageously divided” and a sale of all parcels, and equitable distribution of the proceeds, is likely to follow.

Also critical are the provisions of G.L. c. 241, § 14 which provide that “[I]f all the land cannot be divided without such inconvenience, the whole or any part thereof may be set off to any one or more of the parties, with his or her consent, upon payment by him or them to any one or more of the others of such amounts of money as the Commissioners award to make the partition just and equal.” The statute envisions a partition resolution whereby willing owners agree to a division in kind that, although inconvenient, is acceptable. In cases where a division in kind will result in a loss of value because the parcels sold collectively are worth more than the sum of their parts, such “disadvantage” or “inconvenience” will often prohibit division unless the parties consent.

The concept of owelty in partition jurisprudence is ancient, and the principle that a party may not be forced to pay sums of money in order to establish equity in a partition proceeding has endured. In Hodges v. Pingree, 76 Mass. 14 (1857), the Supreme Judicial Court held that in partition, if the premises cannot be divided without damage to the owners, “the whole estate may be set off to any one of the parties who will accept it by paying such sums of money by way of owelty as may be awarded by the commissioners.” Id. at 15. Today, the concept of consent to owelty remains explicit in G.L. c. 241, § 14 and is often a critical component of any division of multiple, diverse parcels.

When multiple parcels are involved, partition proceedings can become complex, time consuming and costly. Experienced legal advice is essential to any party contemplating or involved in partition. Pierce & Mandell partner Michael C. Fee is a member of the firm’s real estate and litigation practice groups and represents clients in all forms of real estate litigation, including petitions to partition.