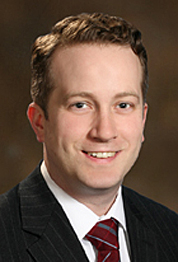 By: Curtis B. Dooling

Receiving a letter from a licensing board about a patient who has filed a complaint is an unpleasant but all too common experience for licensed health and dental professionals. Each licensing board has its own regulatory process and standards that govern the licensure and discipline of licensees.

In Massachusetts, the Board of Registration of Psychologists (“Board”) regulates and disciplines licensed psychologists. The Board has nine members, all of whom are appointed by the Governor. Any person can file a complaint of misconduct to the Board about a licensed psychologist. Responding to Board complaints in a timely and aggressive manner is critically important.

“Misconduct” may include any violation of the standards of ethics and practice included in the Ethical Principles of Psychologists and Code of Conduct of the American Psychological Association. In addition to the Code of Conduct, the regulations governing psychologist discipline, 251 CMR 1.00 through 251 CMR 1.11, also list the following acts that are “deemed to be grounds for disciplinary action.”

This is where the licensed psychologist has the chance to rebut the allegations and get the complaint dismissed early in the process. It is a crucially important step in the complaint procedure. After receiving the licensee’s response, the Board can dismiss the complaint or initiate an investigative conference. The Board may suspend a license without hearing if the “health, safety, or welfare of the public necessitates such summary action.” Summary suspensions are rare.

The c. 30A hearing process is similar to a trial, but less formal. The hearing is held before an Administrative Law Judge. The Board and the licensee can present evidence and call witnesses, like a trial. The Board may revoke or suspend a license, or it may reprimand, censure, or other discipline the licensee based on its investigation or based on the evidence presented at hearing.

Pierce & Mandell’s health care attorneys have years of experience representing licensed psychologists in disciplinary matters before the Board and have an excellent track record of getting complaints dismissed early in the process. Pierce & Mandell’s health care attorney also represent licensed professionals before the Board of Registration in Medicine and other state licensing boards.